Game Over is a short play by three writers from West Sussex, written in just one day at a ‘Play in a Day Challenge’, in July 2016. The play was performed by a team of actors the following evening. Game Over is about the horrific treatment of staff in a games factory; the problems suffered by the staff include bullying and sexual abuse.

The challenge was hard work but fun for all! 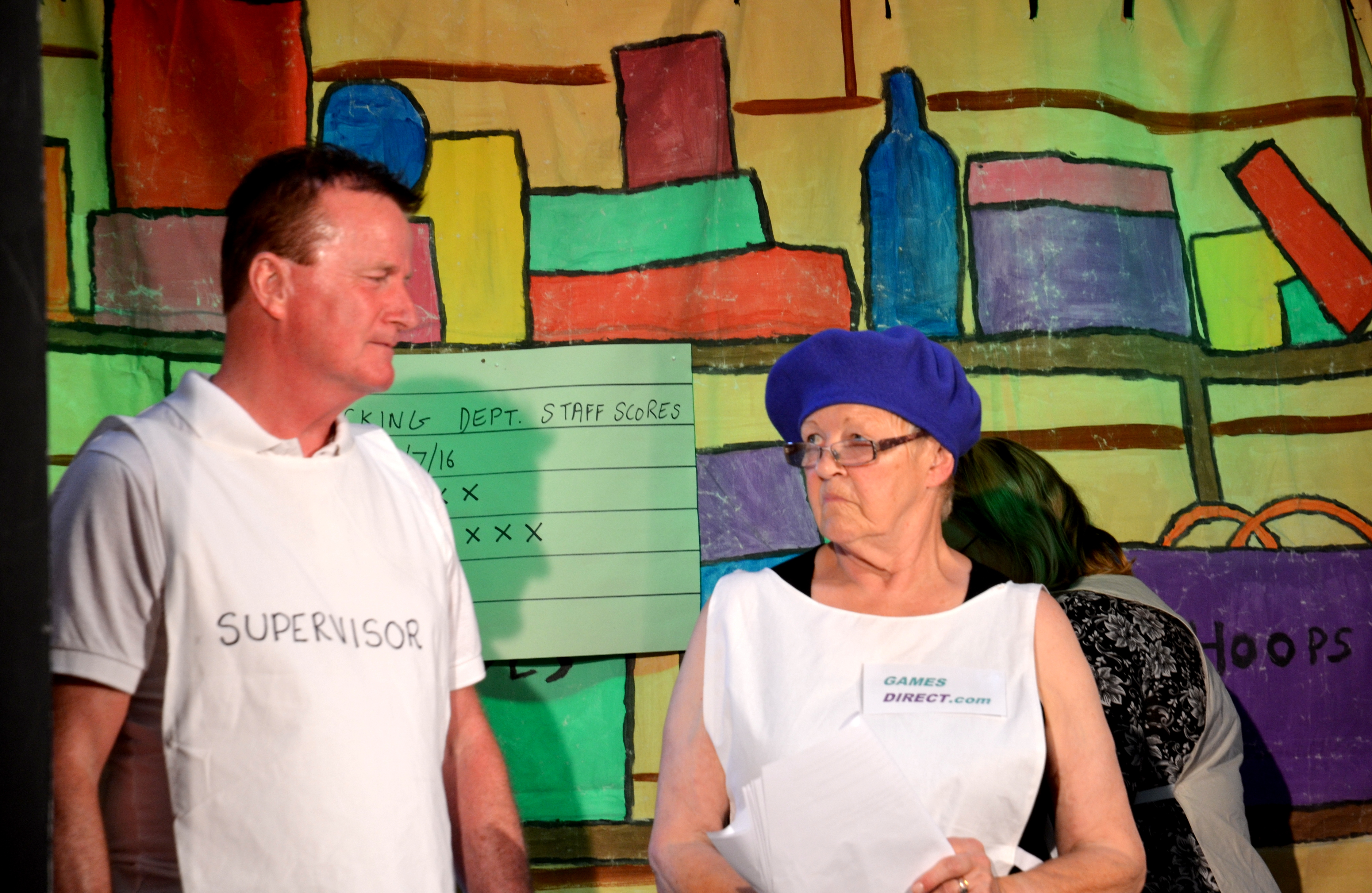 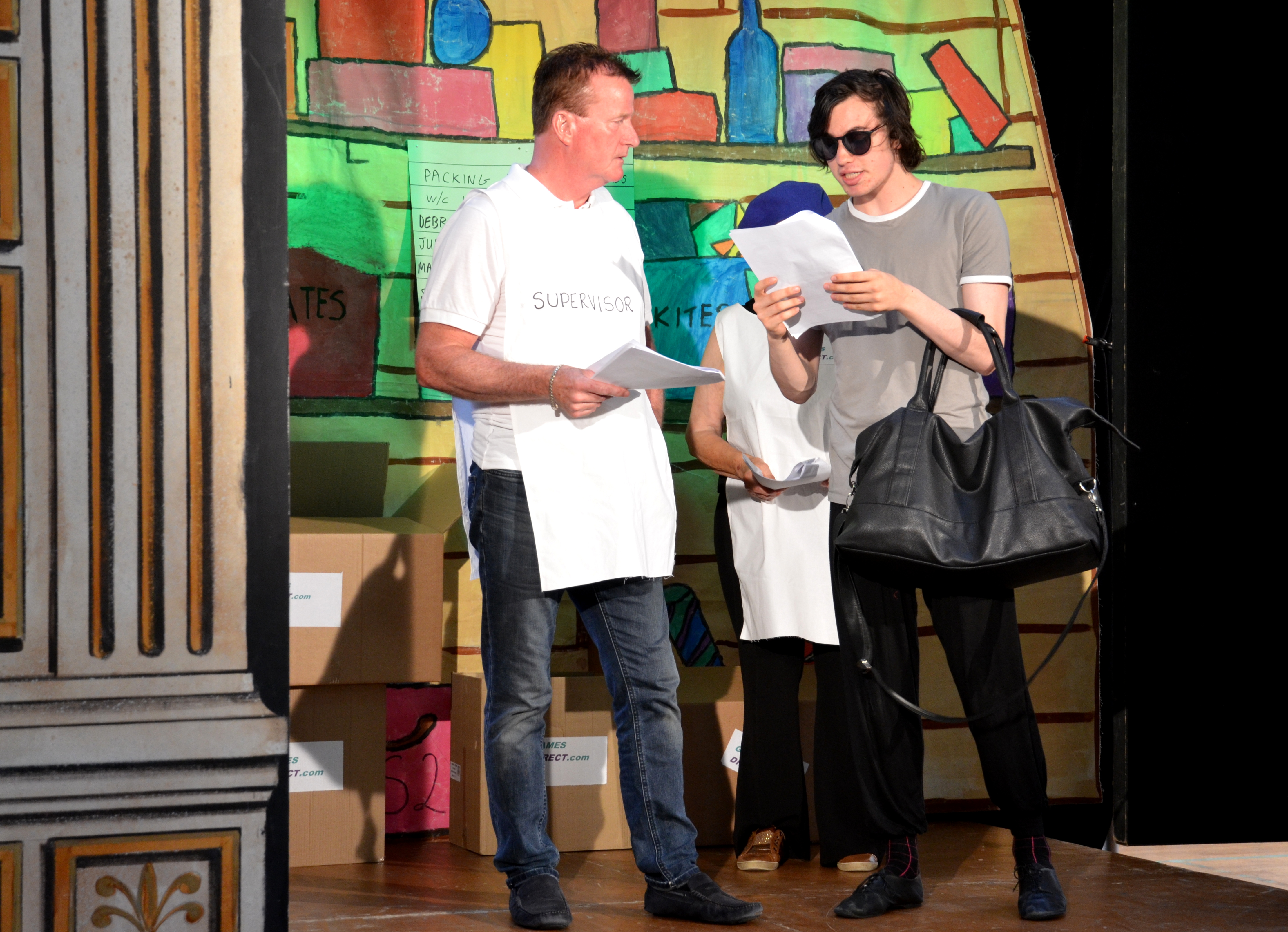 Justin, in shades, about to announce his news to Mr Jenkins, the supervisor.

The cast of Game Over; the big announcement.