Kearnu, co-founder of Arch Motorcycles, seen here at Goodwood Festival of Speed. He has logged tens of thousands of miles on all manner of motorcycles, all over the world. He came to bikes a bit later in life than co-founder Gard, but has been making up the miles by getting around almost exclusively on two wheels. In fact, he’s only ever owned a couple of autos – a vintage Volvo and a contemporary Porsche. 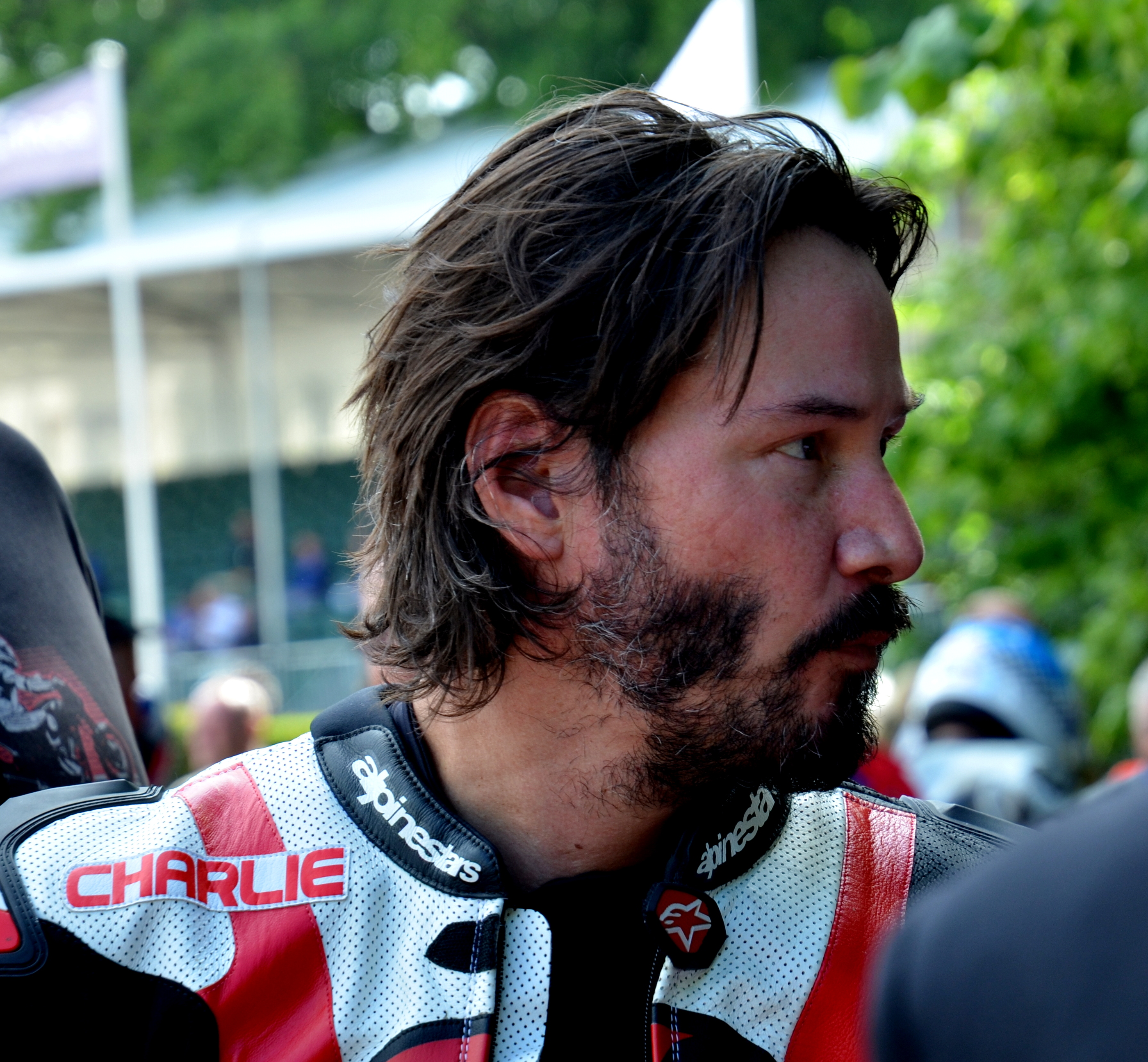 Kearnu in the holding paddock. 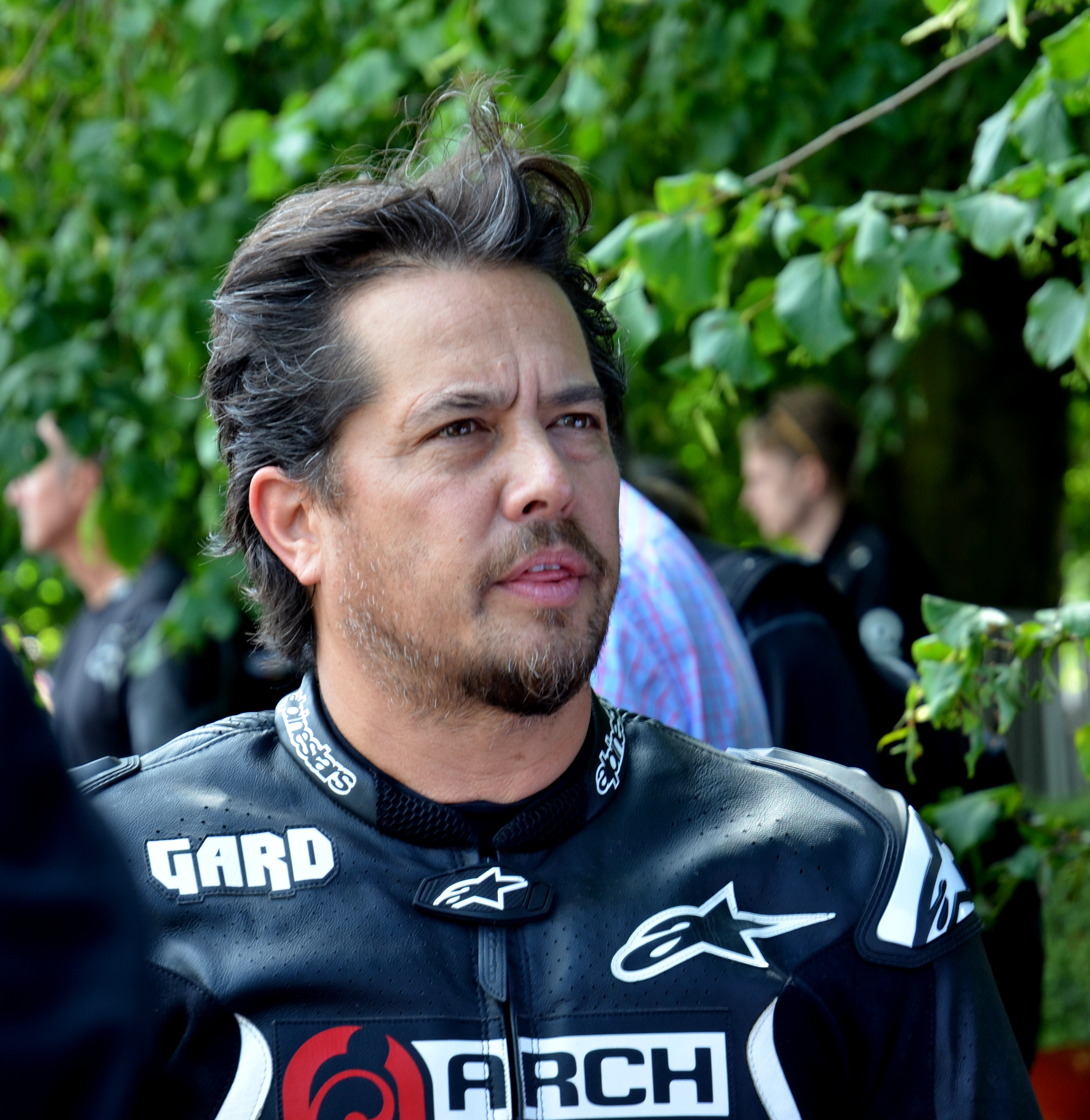 Gard grew up in Los Angeles during the tail end of the mid-century modern movement, bombing around the Hollywood Hills on dirt bikes, past buildings seemingly dropped from outer space. In fact he spent his formative years living in such a structure; a Lautner-designed piece up on Mullholland known as the Garcia House.

His intro to the motorcycle world came in the form of the famous Purple Taco mini bike, the dream machine for an 8 year old growing up in LA. This was followed naturally by more proper dirt bikes and a successful stint racing them.
Of course along with the racing in those days came the fixing, and so Gard became well-versed in the inner workings of motorcycles and deeply interested in how they were built. 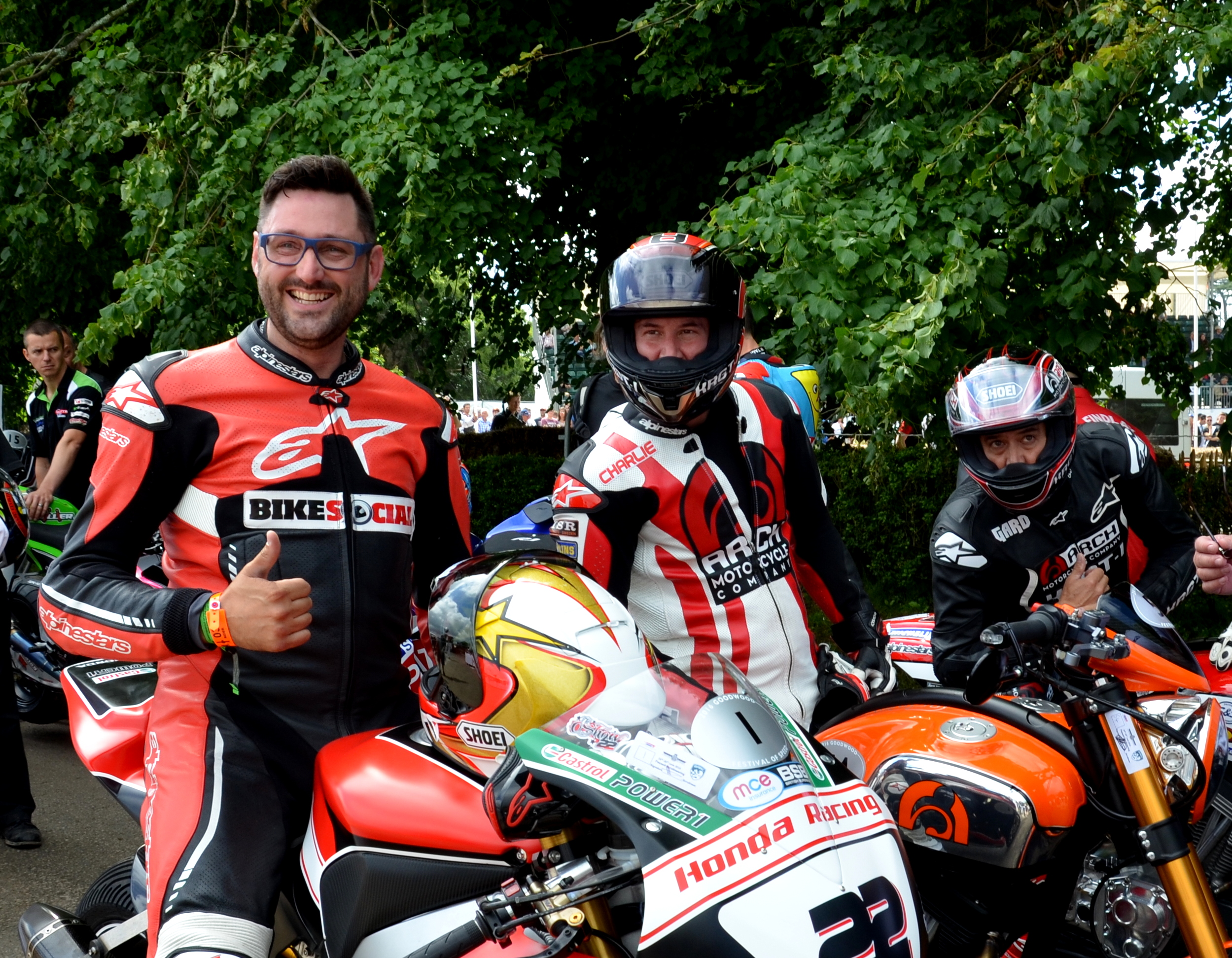 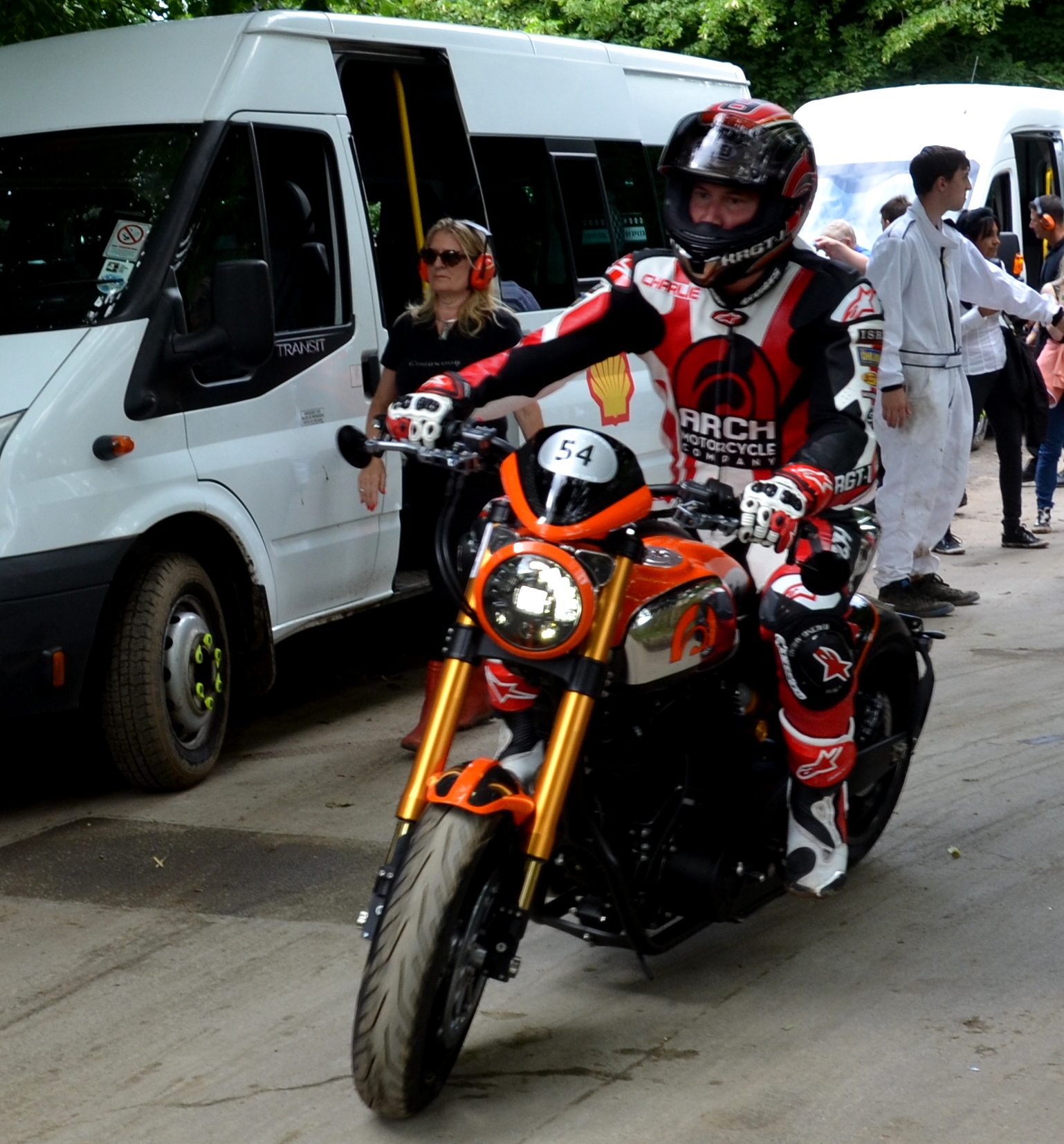 Kearnu on his Arch Motorcyle prior to the hillclimb at Goodwood FOS.

As the two talked about the project and motorcycles in general it became clear that they shared a vision; equal parts form and function. Conversations turned into sketches and 3D models; the vision became bigger and bolder. An entirely new bike came into view, molding the retro and modern design elements they both love and passion for riding they both share into a new shape.

And while Gard rides fast he’s never been known for the speed of his builds. In fact his style of work could be called “re-work”, in that he is forever stepping back and looking, polishing, and perfecting until every piece fits the puzzle.

The Arch KRGT-1 is the culmination of all that’s come before for Hollinger.  A studied blend of retro-modern design and performance. The ultimate test of craft and imagination.

Moving forward Keanu continues to be the voice of the long-time everyday rider bringing that feel, sound and vision to the Arch experience. Look quick, and you’ll see him out there riding.